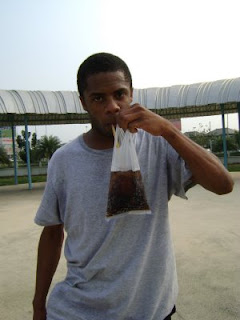 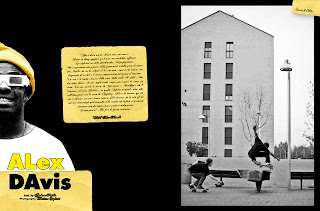 Where I live there are a couple of skate magazines. I worked for “the other one” and now I work for Skateboard Freestyler. I don’t do much really, but sometimes I have business class treatment like “Wanna write an opener for Alex Davis interview”. This gifted individual from Cincinnati blessed our nation with a visit as I told u at the beginning of this adventure called The Maxiemillion. Bea S, my friend senior photographer at the mag was chasing him with her camera all the time and what she got is nothing but bangers. Alex wasn’t throwin his carcass down huge sets of stairs but he knows how to move that body of his over a skate plank. Let’s take the infamous Milano Centrale street gap. There’s a list of ABD over that spot that is endless and includes a backside 360 kickflip from Lucas Puig. Alex came, saw and conquered: the last nail in the coffin is a frontside nollie big heel in a sequence in the above mentioned mag. Not only down with tech stuff but also with the roots of all this, word on the street is that Alex had the chance to session on deck with the Gonz himself, being both on the Adidas skateboarding program. For all those that thought that the only good thing out of Cincinnati was Hi-Tek. Come back soon, brother!

Throw your hands up for this @wesc1999 t-shirt! Re

@diadoralifestyle has several ways to let you show

@etniesskateboarding dropped the pro model we were

Chatting with a friend about the recent @shawnstus