Home
Caps
Caps and raps: how to rock U-God 59fifty to have a dopium style 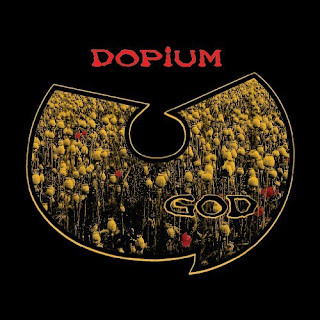 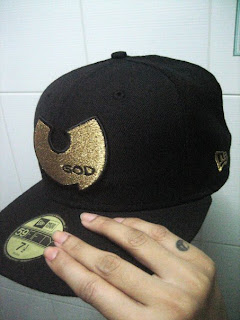 U-God. Short for Universal God. U-Godzilla aka Zilla. Sometimes Lucky Hands. Golden Arms is another moniker that Lamont Hawkins goes by. A member of Wu Tang Clan that lived for long time in the shadow of the other members. Anyway he never slept on the glory of the name of his crew itself and found eventually a way to put his own name on the map. This is his latest album, out on FrankRadio, the record label of the globetrotter known to the masses as Frank 151, the mag with the hottest caps as merchandise. How the album got promotion is a smart marketing manoeuvre: make a dope U God New Era cap, make at the same time a free mixtape downloadable on Frank 151 website and at the very end voila, the Dopium album. RZA, the head of the Wu Tang Clan, says of him that, if he pairs every clan member with musical instruments, U-God has to be the bass for his baritone voice. There are a bunch of different elements as far as lyrical content and production here but everything blends in a very good result in the end. This album sounds proper. There is an evident Wu matrix and the production is new and improved. Absolute news for a clan member record is that a few electro remixes (one from the infamous Bloody Beetroots, Italian top-of-the-line electro icons) made it to the album, but let’s not get distracted. He delivers an unusual lyrical dexterity in Lipton. You have your meditation lyrics in Dopium, positive messages brought along by Cappadonna in God is love with the great return of Killah Priest, pimp content in Hips but as far as my taste, my money is on Magnum Force with guests Jim Jones and Sheek Louch. Cocaine with Raekwon and Slaine from La Coka Nostra has a complex beat construction and a sample of a breath noise that makes it stand out for originality. Other guests with high profile names include Method Man, Gza and Ghostface Killah. So after a few listenings of this album I sure would like to own a Frank 151 cap of the artist. This means that I gotta hush with this, browse Frank website and order a cap asap.

With the excuse of showing you @iriedailyberlin St

@foolsgoldrecs is the illest. The record label fou

News from @emerica: the Gamma looks good and skate

@staplepigeon is too fresh therefor perfect for th

@malasjeans brings it all back to the essence with

@filaeurope is the link among streetstyle and fash

@iriedailyberlin wants you to express yourself. Th

@zooyorkit designed a fleece whose street flavor i

Looking for the ultimate sneakers for your Summer?