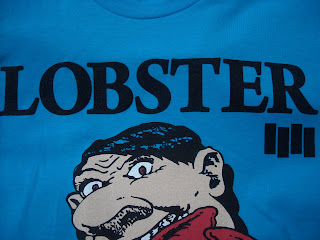 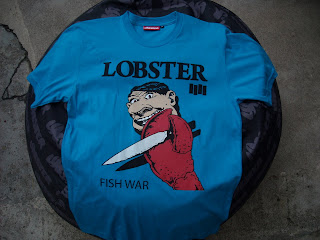 Forget all the punk bands you saw on MTV. Forget the internet. Enter an era where to dress in black, to have short hair and wear a spiked belt was out of the norm, almost aggressive. Tattoo shops were scary places, not fun hang out spots for 19 years old chicks that want a butterfly on their shoulder. When I was a teenager my neighbour took me to a concert in Milan that shocked me. To put it in Biggie words the period was the “mad question askin”. I was a newcomer to a punk scene that intrigued me but that I still haven’t understood. He said that later on that night Henry Rollins from Black Flag was performing. I’ve heard the name before but my knowledge was close to zero at the time. Needless to say that when I saw him on stage jumpin’ like a madman, full of tattoos, sweatin all his energy out, wearing only a pair of shorts I was rudely exposed to a new culture that I sure wanted to be part of.
To this day Black Flag are an untouchable myth for me, let alone that they were pioneers of a californian skate scene based in Redondo Beach that I only read of in fanzines (you’re right: magazines made of photocopies. Did you ever see one?). Nowadays people recognize that the past had an appeal or an approach to things that this digital era just can’t have. These are different times but it seems that that energy is not forgotten. That’s why some graphics of the tees today are remixes of yesterday culture. Diamond tees with Misfits logo, Mishka tees with Suicidal Tendencies inspired drawings are two examples. Let’s not forget the Minor Threat cover used as a knock off for the Major Threat Nike SB east coast tour (and the related beef…). The list is really long. The latest one that got my attention is from my homies at Lobster, straight from a milestone that is known to the masses as Black Flag “My War“. This time a pincer of a very well known animal is there instead of a human hand. If you look for it among others Lobster tees, it’s not there. Next season material. This is another brilliant product of Cento, one of the most original italian designers of this “free for all” circus that our local urban market is becoming. Take that, wrap it and bring it home, punk!

@etnies is doing his thing since 1986. This means