Home
Sneakers
“Figgity-finger on the trigger, vision on the sparrow/the diggy dark shadow/holdin it down and camouflage your town” (Das Efx) 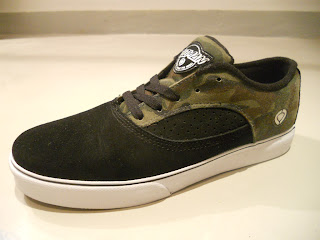 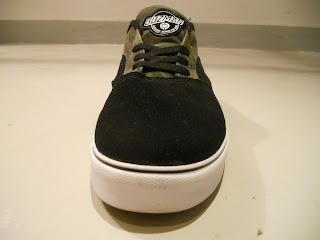 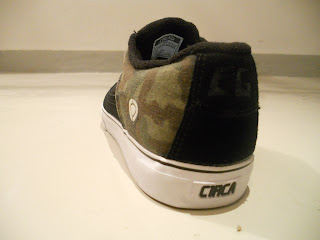 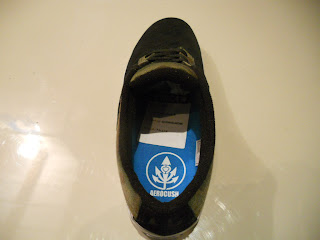 “Emmanuel Guzman is the textbook example of an underground hero. He was born, raised and still resides in Santa Cruz, CA. Eman is a very loyal person and is willing to go the extra mile for his sponsor’s. His style of high speed and raw skating will help to bring a new element to the C1RCA family.” This is what Circa website has to say about his team member. Isn’t he the perfect fit for The Maxiemillion? Underground hero. I like this concept. We are talking about a cat that doesn’t need to be in the spotlight to know that he’s good. One thing that I learned along the path of my life is to give props where props are due, no matter what music you listen to or how you dress. Radness has no labels. What happened in this case is that sponsors looked for him. He’s big in Santa Cruz, that’s why he got a sponsorship deal with the deck company that goes by the same name. NorCal (Northern California) area is known to give birth to no frills skateboarding focused on the substance, more than on the appearance. High speed and raw skating are two elements that, if combined together are really pleasant to the eye and as you can see, Eman knows. Slightly reminiscing of the early John Cardiel, mr. Guzman combines both posture and allround ability of the above mentioned veteran. The Grizz, his pro shoe released on August 2011, is a perfect combo of action packed tech features, yet it looks like the simplest ever. Don’t let fashion fool you, there is function here and it’s called Aerocush: that combination of sensibility and protection that all the skaters fiend to have on their feet. The idea here is to have a light shoe that looks basic but it isn’t. Here above you can peep in advance the latest colourway that will drop in fall 2012. Isn’t camouflage totally what he deserves for the war inside its head that he fights on daily basis against the hard concrete? This is what you will see around on skaters that are folowing this one and only trend: they can’t wait to shred. Make sure your shop calls Option distribution if you don’t want to miss this sure shot for next season guerrilla warfare.