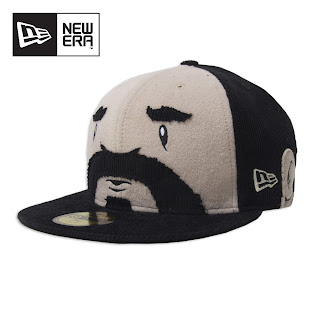 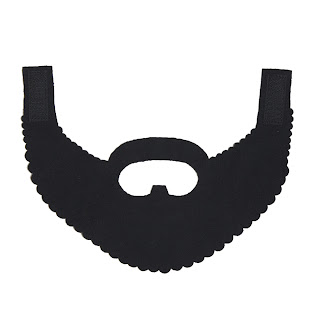 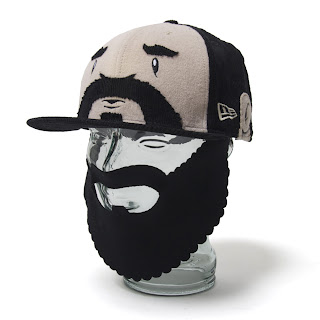 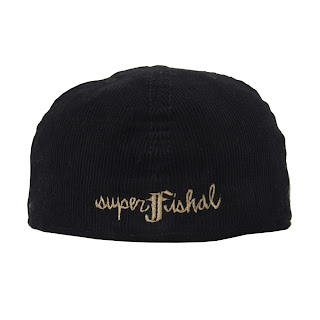 Let’s face it: beards are fresh. 2Tone from TLFI is an example. Action Bronson has a beard. Rick Ross too. Chris Haslam cut his a bit but still has a mean one. How about Freeway?! It’s quite official: if you’re young enough to show off and not look older, you can get away with mucho style points growin a beard. Statistics say that facial hair looks better with flannel and classic tattoos, v necks and rolled up pants, preferably with any boat shoes. This is the stereotype, right. But this blog avoids them like the plague, I try to make you think every single time that you and only you are the dreamer of the dream. You make the rules. Beside this, there is an artist that makes the rules and avoids being a follower like Johnny Storm of the Fantastic Four avoids water. This above is not a New era 59fifty only but a statement that says “My art has no limits, my vision is not yours”. The legend says that Italy lover Jeremy Fish, the designer responsible for this, was crowned as having “The Best Beard in the Barbary Coast” at the Comstock Saloon in San Francisco. A collectible for sure, the above cap released by Upper Playground brand under the Superfishal label, is called “Cheer the beard“. It’s made of corduroy exterior with an embroidered felt face detail and is provided with a velcro attachable felt beard which fastens to the inside rim of the cap. Wear it for fun, wear it only late at night if it’s freezing and you gotta face harsh weather conditions (got it? “face” harsh weather condition) or don’t wear it at all, this cap is seriously ill. A staple among all artists of Upper Playground roster, what people may ignore are Jeremy Fish connections to the skate scene. He was even featured in “The man who souled the world” and worked in his past on a skate deck that was heavy on Fish philosophy of fun and animals in imaginary worlds, beside producing limited edition skate decks of regular shape, toys and zippo lighters. Concepts by the pound may be his motto. You don’t end up on the cover of Juxtapoz magazine because you grow a beard alone.