Home
Skateboard
“I got mouths to feed, unnecessary beef is more cows to breed/I’m on some tax free shit by any means” (GZA) 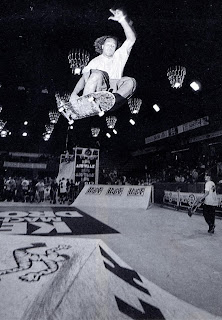 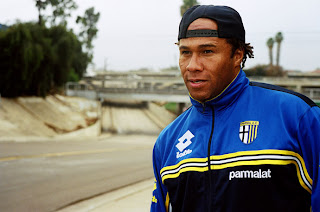 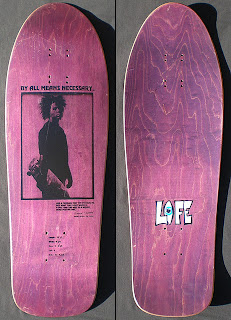 Sheffey is rad. That’s what everybody thought when we witnessed in person what he was capable of. In Munster Germany we were and at this contest it was me, G aka Papi and last but never least our boss of all bosses Muriel. He heard me talking non stop for hours so when we step inside the street area, he tells me to go and do my thing and from then I thought I was an actual skate journalist. At one of those eurocontests where you even see Carl Shipman if you know what I’m talking about, Sean Sheffey was blastin huge ollie grabs off what we called then a pyramid in a street contest. The guy is just big and powerful and smiles for the right reason: he loves skateboarding. G shoot him pretty easily as you can see from this frontside air above. My duty was to make him talk so we ask to this superhero if he’s down to chat in front of a tape recorder and he was really cool with us. We run a profile of him on xxx skateboard magazine with a picture from G. We had the chance to see an up and coming star. Life is long, skateboarding and friends may change and Sheffey at a point kinda left the spotlight. He seems to be back, the Blind team got crazy love for him so he’s still around and legends around you just spread the perfect vibe. A man with a massive skate power and very personal sense of style, I always luved his skating and his one of a kind character through the years, so now that G, the man that shoot that pic has become a father it’s even a way to celebrate the link among the past and the future. Next season Blind is dropping a board inspired by old Sheffey graphics, I wanted to share this little secret with y’all. My homies at Blast! distribution told me, since they know I’m a Sheffey fan, they read the profile I wrote in the mag back in the day, so here I show you what the real deal was about: Life. Before he got on Plan B, he was a legendary underground skater from New York. His video part in “A soldier story” was ahead of its time and his unique smooth style was iconic to say the least. Huf aka Keith Hufnagel said that his skate moves got inspired by Sheffey for the part concerning high ollies. The original graphics of a Life deck has been remixed on a new Blind deck. Further proof that Sheffey skating is for life.