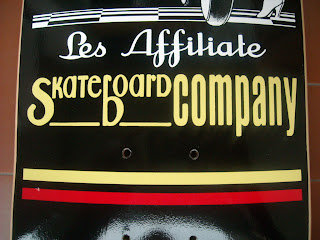 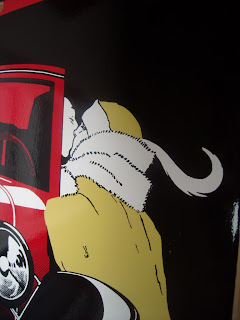 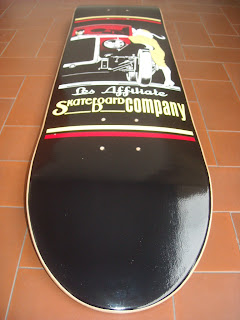 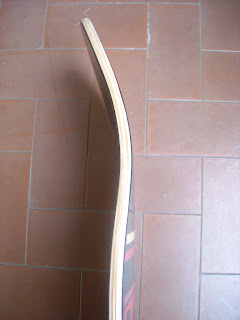 We did talk about Affiliate skateboard company a few times already. You all know that their decks and wheels are good for your mind, your body and your soul. I had a brilliant journalistic idea then: focus this post on their one and only Italian rider, Gaspare Gentile aka King Gasp instead of technical infos on this 7. 78 deck. If we could make a parallel among Italy and the States here, it seems that the East coast is Milan and the West coast is Rome. Maybe it’s the opposite but… you get the picture. I can tell you with no doubt that King Gasp is the only one that gets unconditional love in both coasts, ops cities. No wonder that heads there at Affiliate skateboard company thought he would be good to rep their brand on Italian soil, beside to have Blast! as a distributor. Gaspare truly embodies what this brand is about: a good style featuring a good time. All this and hip hop too. Gaspare is hip hop. There is no hip hop party that he isn’t attending in Rome. Everytime he is there flashes are on him. Paparazzi knows that Gaspare wants to party right. His weapons are a wide smile, positive attitude and of course matching outfits like whoa, Black Rob would say. He studied hard all the different eras in hip hop and he knows exactely the difference among true masters and fake imitators. Yet, he is not only about the old school. Even some new school cats meet his tastes. They must be preferably big in sizes. Don’t ask me why but King Gasp thinks in the same way of myself sometimes: the bigger the better. Or should we say “bigger rappers rap better”? When he’s in Milan he holds it down with the Chef crew. They had an epic “Ghetto cam” episode filmed by him and it’s a lot of fun. Don’t consider him all fun and games by the way. He knows how to skate, Cinecittà skatepark in Rome has been blessed by his light touch already and his posse in Milan caught him in action and inspected his switch backside heelflip deeply. More than an Affiliate, this should be a national hero. May King Gasp reign forever.