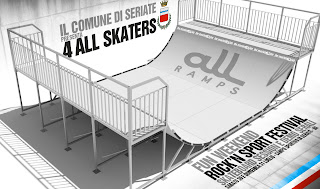 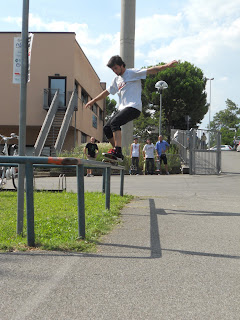 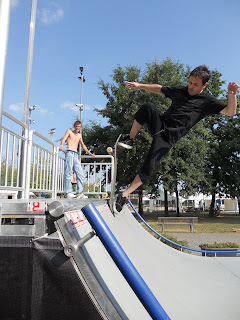 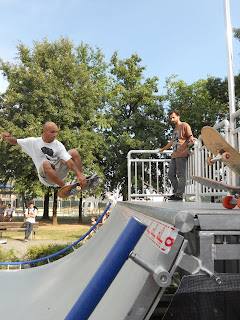 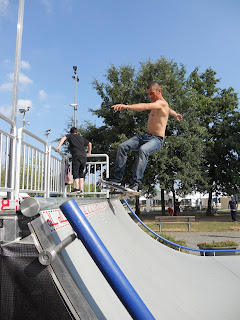 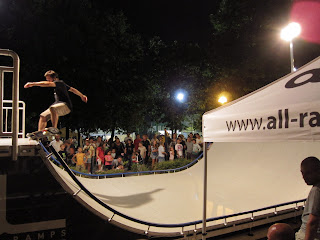 A perfect weekend just ended. I don’t know how to call it in any other way but there is more to skateboarding than to sit in front of the pc and write on a blog. How about an actual miniramp and a bunch of friends?! I went by the end of 2010 to Seriate City Council as a skater demanding a street plaza for the community. They liked the project for its social and sport aspects but it seems that there is a lot that needs to be done in this city. So the project didn’t disappear, it’s still there. The only problem is that it’s at the bottom of the list. Probably I took an approach that seemed pro and friendly to the City Council because they stayed in contact with me anyway. They said there was this possibility to rent a miniramp and put it in Seriate Sports Center during Rock’n Sport Fest, but to be honest nobody seemed on point enough to give this service to the City. One thing leads to another and one day I had the chance to meet the nice people over at All Ramps. I told them about this possibility and they sent over all the projects, paper works and insurance in such a professional way that Seriate agreed that this possibility had to be turned into reality. So, as do it yourself as it can be, I asked Joz over at Bergamasterz to do the flyer, I started the web tam tam through Facebook and through local shops, even with no sponsors, no contest and therefore no prize money, people came and enjoyed it. The miniramp was there and people were curious. Kids wanted to try it for the first time, old timers were there getting their shred on like they still got it (I’m talking about myself here…), a few rad rippers passed by and gave the coping the lesson it deserved and everybody had fun. People at the City Council passed and saw this as an attraction that had a few people revolving around it so it was a success, no matter how you look at it. I had a real good time with All Ramps crew, they have been genuine and down to earth people with experience and stories to tell. Dj Lah was there giving a new twist to a skate demo: why to rock Metallica or Pharcyde if you can make people skate to funk classics? A special thank goes out to Bomboclat Bergamo, All In Dalmine, Dumb Skateboards and Blast! Distribution for sending their riders, all the friends that passed by and had a good time and spectators of Daniele Galli saturday night show: they won’t forget it easily.
More action pictures on this gallery here and that gallery there.

Getting crazy with a limp wrist on a @djkennydope

At our local spot around 1990 someone brought a co

It’s getting chilly but @iriedailyberlin will sa

That time I went to Brescia to shoot some photos w

Get down: @zooyorkit got the crown! King of sketch

Choose one: “I take my rap style real serious/w

The champion in the streets is @therealkaliking. G

@diadoraofficial has a special message for you. Ti

If you want to represent vintage soccer, do it wit