Home
Events
Jack move, that’s how we act when we team up/Throw your triple beam up, this is Fish scale (Redman) 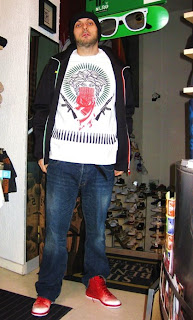 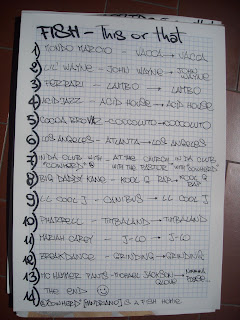 I did it once and, guess what? I’mma do it again. Bassi Maestro recently came to my town for the first part of Back 2 back, the party banger that got the whole town talking and now we are ready for the second instalment. The dj known to the masses as Fish or Big Fish is hitting us tomorrow with his dj set at Club EQ as this dope flyer on your right says. I won’t write anything on his career, the platinum records he produced and what is his position today in the Italian music market. That stuff is for nerds, The Maxiemillion is about fun, not numbers to memorize. Fish story may be summed like this: while others talked a lot, he made history. While others faked the funk, he kept going, following his direction, his own path, progressing as a producer and as a dj as well. I went to listen to his sets in clubs and as a live dj with a bunch of mcs. He knows the deal. Like Terminator X, he speaks with his hands. No turntablism here. Good selection and flawless execution of what is necessary to dance like there’s no tomorrow. He keeps it clean as a reflection of his soul. Here you have got the This or that, the Fish version. Don’t try to get a conclusion out of this. If somebody doesn’t talk much, it doesn’t mean that he doesn’t wanna make fun of you. Thanks to Supa @ Moveout blog for the picture (but I’m mad at him at the same time for not coming tomorrow…)