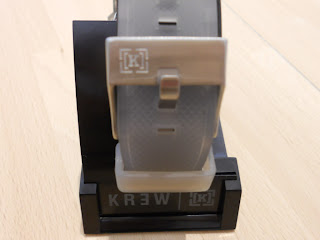 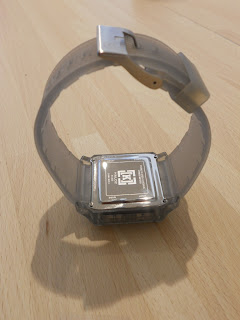 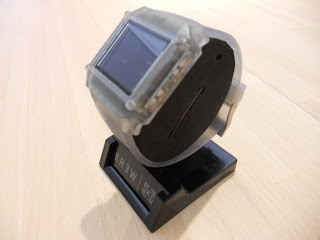 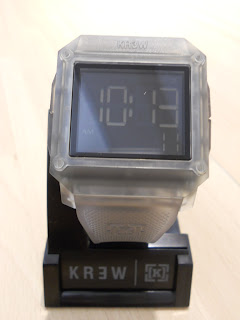 Krew is the clothing division that gave birth later to Supra and these two brands are managed by One Distribution, just to break the ice with y’all. Compared to other brands the reason why this one here stands out is that their name and their philosophy are in a single word. A group of friends. A very fresh group, to say it all. From Jim Greco to Steve Aoki via Furby and Terry Kennedy it’s pretty obvious that you can’t front on these guys style. On and off board (in Aokis case it’s a “mixing board”) these are the kind of guys that don’t go out half assed and the gear they rock gotta be on point all day everyday. We are familiar with their dope collection of tee shirts and their denims represent a really high standard for the Californian urban scene to compete with. From the hands of Pippo, my favourite rep at Manifattura Valcismon, The Maxiemillion is proud to inspect this watch above. Halo 2, the time, date, chronograph and backlight watch, is supposed to stay on your wrist and come with you everywhere without messing with your image. It’s the evolution of Krew first watch, the Halo. I tested it on the field, as I like it. Skateboard contest, I’m the announcer, the organizers have a crappy watch and I really don’t feel it. All those skaters rolled at the pace I told them, dictated by this Halo 2 here. Some of them took more than 60 seconds but it was my fault, not an error of the watch. Nobody noticed or complained anyway. A tough timepiece, this Krew item is supposed to tell you what time it is even if you are caught in a mosh like Anthrax was playing, considering Aoki standards of a fun night out. A night watch indeed, as the name suggests, Halo 2 has a friendly blue back light that tells you what time it is in dark conditions, even if somebody once told me that at night you don’t need to know the time. As far as style goes, it’s always nice to rock a fun plastic watch during the summer and a more serious massive timepiece during the winter, Lord Brummel once told me. See? Everybody has something to tell me and I accurately report everything to you. Isn’t it nice?

I was in love with this girl that @paolo.de.france

Among @staplepigeoneurope selection I picked this

Japanese masters of the fine art of denim, @edwine

Ready for the great outdoors with @filaeurope? @t.

You may be familiar with @kangol_headwear but how

@staplepigeoneurope is the new European home of @s

Are you down with @therealkaliking? It’s the bra

@filaeurope lets us have a sneak peak of next seas

“Don’t hate the player, hate the game” (Too