Home
Events
Music that will Hyper Crush your ears! 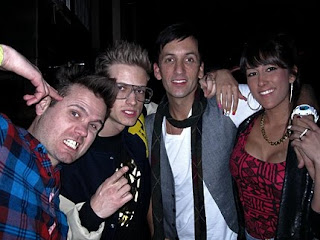 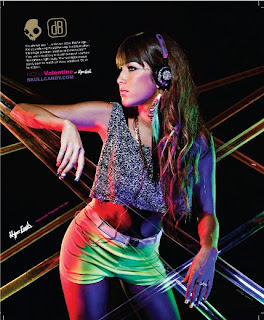 I often end up talking about music. I guess by now you know. It’s during one of these conversations with one of my favourite homies/industry mogul Fabio L from Move urban clothing aka Vibrarecords that I discovered that we have been listening so much hip hop during the golden age that now we’re not so attracted from the “new hip hop flavour of the month”. Once we said this, we also discovered that, being both single and hunting, we like to go clubbing when our busy life allows us. Hip hop in Italy is a whole different planet if you call home cities like Bangkok or LA or London. The scene here is divided in two sections. One is conscious rappers aka backpackers that populate Myspace pages, beside hip hop jams, mostly all with the same contents and flow. The other one is made by youngsters that populate crunk/pop/hip hop clubs. They don’t understand a word of what Rick Ross or Young Jeezy is saying and chicks that can’t wait for “that Beyoncé joint”. Being both slightly over 35 we looked at each other honestly and we recognized that we can’t be part of one side or the other so we starting focusing about what we like to hear to keep us entertained in a club. We came out with a couple of names of this new movement of electro dance with hip hop influences. One name that stood up in this discussion was Hyper Crush. Their funny image together with an amazing and solid production, being them part of this new wave of electro revolution, got us interested. Clearly reminiscent of Vanilla Ice added of all the arcade sounds that got you entertained while you were 15, Donny, Preston and Hollie are obviously fans of the old school but they look at it with a smile while they don’t stop to dance. Even the grandmaster of wild party nights is down with them: Clinton Sparks beside hosting their mixtape “New Wave entertainement system” vol. 2, is the one above that lets his white Casio hang on Hollie shoulder. Hate all you want but these guys love you. That’s why beside letting you peep Hollie in full swing endorsing Skullcandy headphones, they give you for Christmas this precious gift: free download of three singles. “Keep Up” is their the new single and it’s there together with “Sex and Drugs” (Benny Benassi Remix) and “La La La” (Hyper Crush Remix). Keep eating these three candies and the album that includes all this will drop in 2010. It seems that the connection is now going full circle: isn’t Benny Benassi Italian? Even if this doo wop electro collective is from San Fernando, California, I’m Italian as well. Pasta connection anybody?