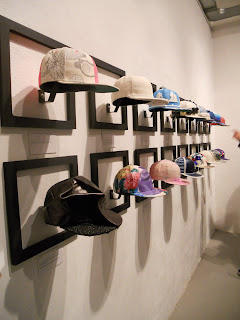 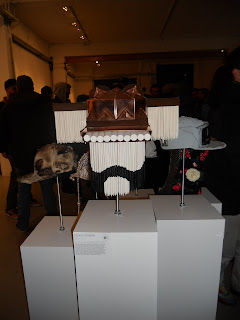 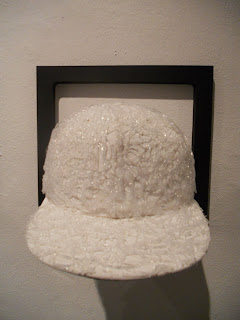 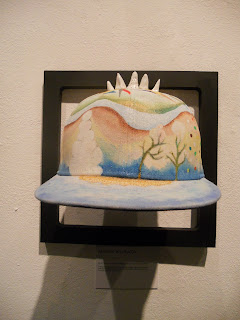 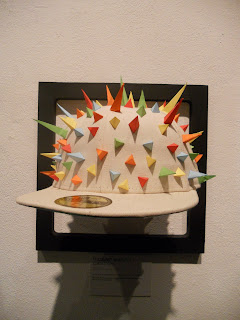 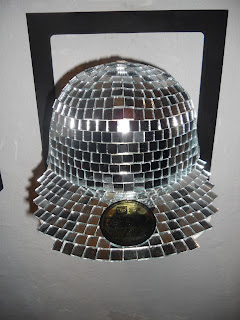 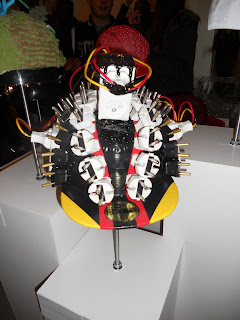 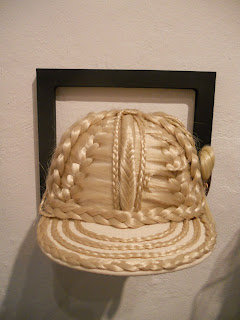 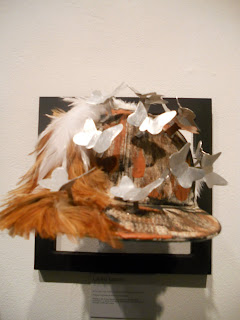 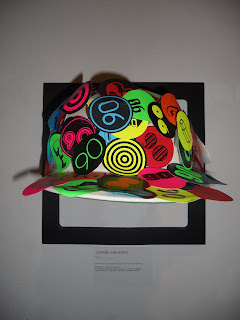 By now, you should all know New Era, but just in case, I can lend a helping hand. From a family company whose foundation goes back to 1920, to a company that manufactures more than 35 million caps per year. More numbers, follow me. Now it’s 2010, this means that these nice guys have been around serving you the finest lids for your head for 90 years. This in Roman numbers is XC. New Era XC is this expo that is touring over Europe and yesterday landed in Milan at Spazioriginale, together with bloggers as myself but also industry types, shop owners and fans of this contemporary cult. 90 graduate artists from design schools of the old continent were asked to apply their creative skills to the design of a blank New Era 59fifty. The winner is twenty years old Craig Green from London, that took home 10000 British pounds to launch his chosen career. His creation (second picture from top) is this complex and out of this world unidentified object to put on your head. Forget Alice in wonderland, this is the real deal. No cap was saying “eat me”, a few whispered “steal me”, but I didn’t pay attention to them. Some others said “dream me” but one stood out saying “wear me if you want to be the king of the party”. Sunny Park, this South Korean designer, wanted his “disco ball” 59fifty to be the center of the spotlight anywhere at anytime. I don’t know what my fascinascion with said object is all about, but there is nothing most ridiculous but fresh at the same time, than a disco ball. Don’t tell me that you forgot how effective Justin T album cover was. Not down with the new school? No problem then: think about how you just can’t forget any and every Travolta dance move in his debut movie. It was just because of the aura of the disco ball over his head. That thing generates power. The power to make people smile. Quite like this post. Big up to New Era, to all the artists, to the people attending the show and to the excellent organization.