Home
Skateboard
“So, when you see me on the real, formin like Voltron/remember I got deep like a Navy Seal” (Raekwon) 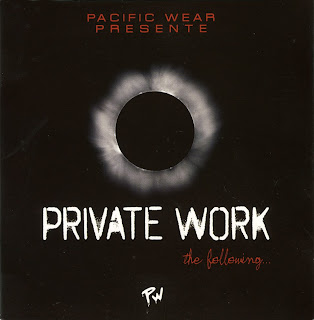 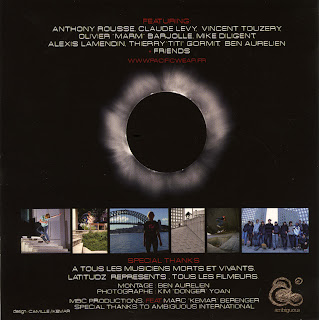 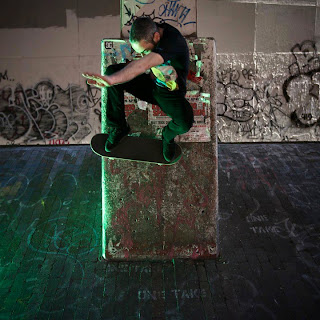 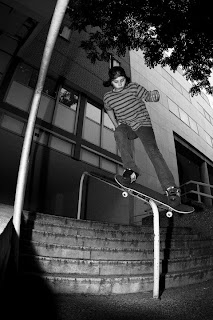 Remember the PW Alexis Lamendin Iron Man board? I have it in my office here, looking at me. This means that you can take the Italiano off the skateshop, but you can’t take the skateshop off the Italiano. During my two years of adventure in France my job was at this fabolous skateshop called Pacific Wear, in the Paris area. Cats from Paris skate hard in general. You could have unsponsored French kids of the same level of a flow sponsored boarder here in Italy. Nuff respect due, hands down. So the thing is that Ben Aurelien is like GZA if Pacific Wear is the Wu Tang Clan: mad lyrical skills. Marc “Kemar” Berenger is like the RZA then: he drops the beats (read: salaries) that make everybody rap on. Got it? Marc Berenger is the owner of Pacific Wear and executive producer of this dvd called Private Work that had an excellent teaser out already, crafted by master Shota Sakami (exactely, the equivalent of Masta Killa!). Ambiguous clothing backed it up, being Alexis Lamendin on the team et les jeux sont faites. These dudes form like Voltron once again in occasion of their second video in dvd format. Don’t expect from me a “tech video review” telling you who did what and where. The where part, if you really want it, is pretty easy: Paris and the world. Ben skated New York and Brooklyn banks in the bonus part and Alexis skates wherever he wants thanks to the airlines his father works for. Smart move, kid! Then there is a bunch of Paris. Infinite spots in a maze that shapes these skaters to be skilled like all round heavyweights. I gotta mention Marm effortless tech style but my favourite ever is Thierry Gormit. He’s like my nephew, I lived next door from him and he straight kills it. He’s just that good and he’s really humble. Don’t forget to check in the bonus the last stop motion animation from mr. Damien Bernadette, the head of Closeup fingerskateboards. All this private work is now public for you to enjoy. Ask them to get your copy. Not by mail, at the counter when you visit them in your next skate trip! Ph. courtesy of Nicolas Scordia.