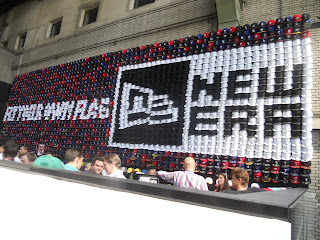 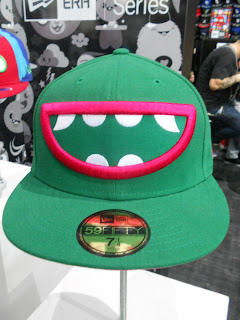 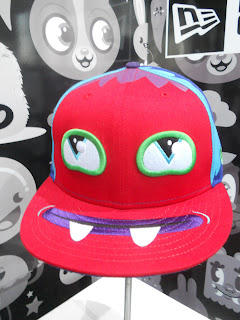 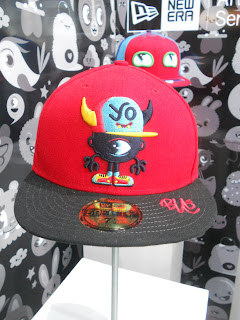 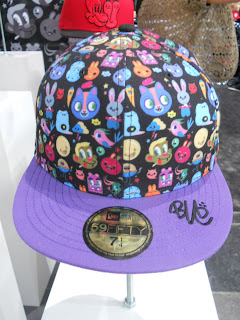 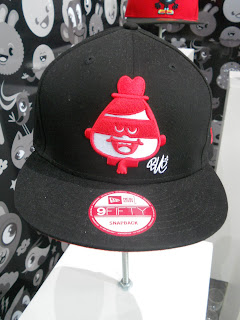 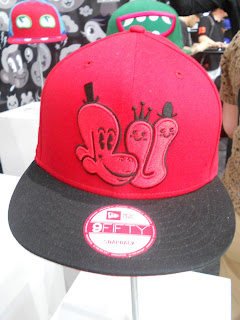 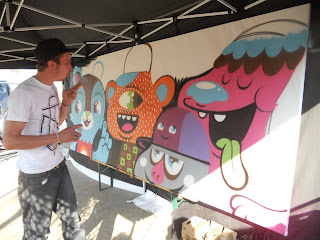 To put it simple, New Era booth is one of the selected few that worths a visit at Bread and Butter trade show. Do you think The Maxiemillion gets impressed by Tommy Hil outdoor pool with models playin’ in water to show their beachwear collection? I mean, how fake is that?! Showin off is the keyword in a trade show as big as a dismissed airport can be but New Era did it with style and most of all with a massive concept, staying true to their original formula. Wayne Best, European marketing director, had a vision as follows: to make a mosaic with New Era 59fifties Authentic blended with black on black and white on white 59fifties to form the claim “Fly your own flag” on a huge panel over their booth. Now that’s fly! This was at the very bottom of the trade show area, on a wall that was as impressive as a monument. Add to this that this piece is a certified Guinness World Record and you’re witnessing history here. You just couldn’t stop people from taking pictures of it. The splendor of such a creative work of art was really intense and people felt it. Fabio L, the supporter n.1 of this blog with Move shop said it best: “This piece shows that we got the caps that people can only dream of”. What is probably more appealing to you in terms of “cap addiction” is this Artist Series designed by Bue the Warrior. This artist has collaborated with a few companies in the past such as Supreme Being, Tokio Toys and Nokia, to name a few. His colourful cartoon characters, positive energy and distinctive artistic flair have now found a new medium to be seen: caps. Here you have a good blend of 59fifties and 9fifty snapbacks in a serie of caps presented in the same occasion at Bread & Butter. This collection may meet the needs of any colourful soul that wants to stand out in the crowd. Bue was there too, to celebrate this release and he did it in the realest way ever: writing. A panel was hit by his spraycans and it was like you were back to your early age, watching cartoons on sunday morning. That same exact vibe, when everything was smooth with no worries. Bue rocks and so does New Era. Model guys in a pool don’t.