Home
Caps
“Take your New Era off, and reveal/the fa**ot ni**a you are or your cap gettin peeled.” (The Game) 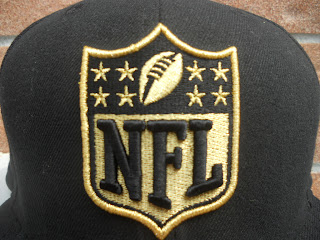 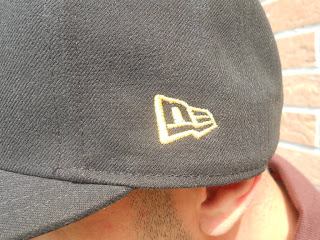 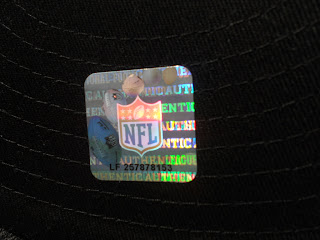 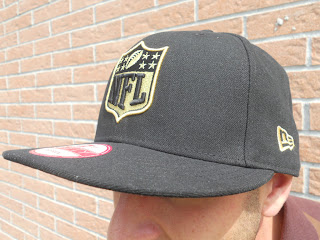 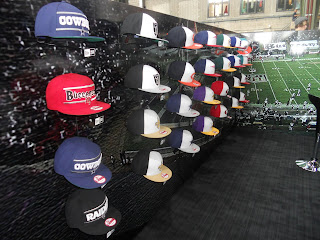 I find myself going down on memory lane more and more these days. I went to see Public Enemy live the other day, maybe that’s the reason. Three legends of hip hop were on stage that night: PE, House of Pain and Cypress Hill. 20 plus years of work and I gotta say that I find those old timers still legit to this day. How I first listened to Public Enemy was through Anthrax. I was into punk, then I slowly got into thrash metal and Anthrax Scott “Not” Ian wore Public Enemy tees. In that same period when Slayer were rocking Beastie Boys tees. Curiosity killed the cat and next thing you know I got knee deep into hip hop. Anthrax came to mind when I first saw this cap. They had a track called “NFL Efilnikufesin” (read it backwards and it says nice f***in life). That wasn’t of course what was in the mind of the designer of this cap. This cap was made since New Era will be the official on-field cap for the National Football League (NFL). Founded in 1920, the same year as New Era, NFL has developed the model for the successful modern sports league and is one of the most internationally recognized sports organisations. Finally the two brands tied the knot in a marriage that leaves everybody happy. It was good to see at Bread and Butter Berlin their full collection displayed and this black cap is the commemorative cap of the deal. A 9fifty snapback with its own original new hologram sticker as a stamp of approval that symbolizes quality and tradition. Gold on black… just shines to my eyes. More and more 9fifties hit the market these days and this thing leaves me with open arms. Fitted? One size fits most? What is the problem? Don’t you wear denims and chinos? Don’t you eat Indian and French? Sometimes you gotta make choices in life, but not here. Don’t choose, just go with the flow. Available at retail in August through New Era website and April 2012 worldwide, New Era will also produce hats for marquee events, including the NFL Draft Day Cap and the Super Bowl. This translated means a whole lot of caps, considering that they will also produce caps for all 32 NFL team. That’s a lot, but not too much. To own those caps is the key to a nice f***in life.

#tbt #throwbackthursday with a shot by @photomurie

Bow down: the king of hats is here. @staplepigeon

From left to right I make sure everything is alrig