Home
Skateboard
“This goes out for those that choose to use/disrespectful views on the King of NY/fuck that, why try?/throw bleach in your eye” (The Notorious B.I.G.) 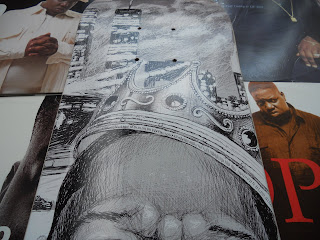 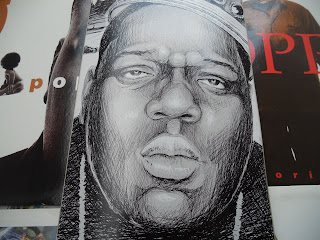 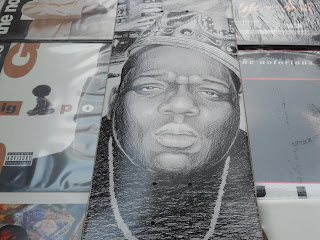 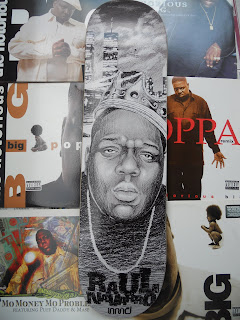 Nas and Biggie had a beef over that king of New York crown. Nas wrote “The Message” and Biggie replied with “Kick in the door“. Out of question, Biggie is the king. Can’t fu*k with his situation. Who could have thought that “a chubby ni**a on the scene” could conquer that place? High off the herbal medecine, partying like there was no tomorrow and reinventing style, Biggie wrote milestones still unmatched that will reign forever over the hip hop kingdom. Nas is alright, I have mad love for him, Illatic was a classic, hands down, but his competitor gave him the distance. It seems that Raul Navarro has no competition. Being a soldier against the world, he wins everytime he is on a skateboard and lands a ledge trick (and he has plenty). Nomad skateboards aka NMD gave to this Spanish baggy wearing tech grandmaster Biggie’s face graphic on the bottom of his pro model. No wonder that he is around happy as a kid on X-mas day: hip hop soundtrack reigns over every part he drops, like on the tribute to JMJ for Rockstar bearings. Don’t tell me that you never heard of Raul. Of course, you live with no internet connection and you just peep old Santa Cruz tapes with Corey O’Brian on it. Raul has a part on Adidas Diagonal video and he dropped a few bangers of technical taste on LRG Gimme my money Chico video. Beside the fact that I love Biggie’s face from the bottom of my heart, it’s an impressive drawing artistically speaking, so I gotta give it to NMD for their execution and their idea. 7.75 x seven maple plies of pure skateboarding pleasure is what we received directly from Nomad Italian slinger, Playwood distribution. This is part of NMD R.I.P. serie where they paired every pro skater of their team with a dead mc: Jam Master Jay, Guru, Tupac and Fat Joe, beside this one here, are the fallen soldiers represented on the bottom of this USA made decks. Are there whispers around about low quality of European decks? No problem, Nomad is making manufacture his wood in good ole Uncle Sam land. They seem untouchable from any point of view, like Biggie’s Versace glasses.