Home
Skateboard
“This is not a test, it’s difficulty/picture closely, the ignorant mostly/blind, deaf, dumb, your mind left numb” (GZA) 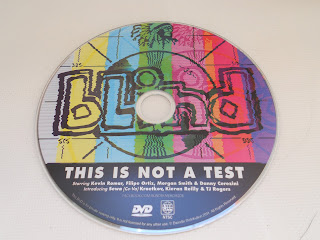 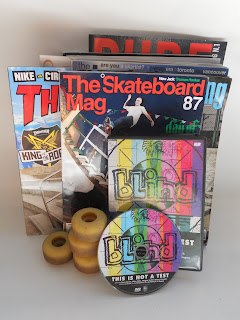 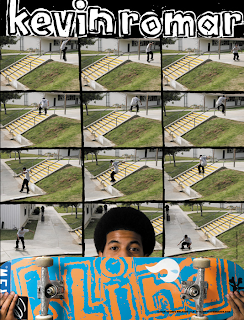 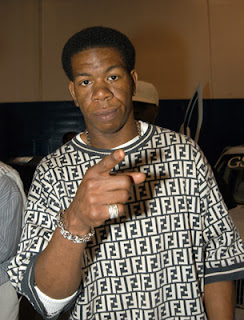 Let’s get a few facts out of the way by the get go: Bill Weiss is a skate video grandmaster. The man behind the Blind team and Digital video productions, not only has done it all and seen it all but he also got taste. In his videos I always find a good mix of known and unknown spots and he’s a fine connaisseur of a complicated matter: what the kids wants to see. This is not a test, the latest Blind production, features 6 ams and 1 pro. A totally original formula, especially considering that these days the thin line between a pro and an am is getting thinner and thinner, so don’t even think you will see “second choice footage”: this is all killer, no filler. CCS sat down with him and made him talk about this unique project in a detailed interview that I suggest you to see. Blast Distribution familia handed me this to review but instead of talking to you about Sewa Kroetkov ultra clean tech style and lines you can only dream of, I wanna focus on Kevin Romar. Nobody will tell you this “behind the scenes” story about the new Blind video, so I have to break it down for you. Kevin has a sick afro haircut aka a “”fro”. This made him put under his belt an ad where “frontside” gets replaced by “fro-side”. This alone is genius. Add to it the retro flavour of the layout of the ad itself and once again this company puts out something killer and no filler. One of the most famous ‘fros out there, beside Micheal Jackson’s in his early days, belongs to Craig Mack. This much respected meteor, victim of the prayer mantis technique (“I created you, then you will disappear artistically really soon”) of P Diddy back when he was still Puff Daddy, was what you can commonly call a king. His greatest hit, Flava in ya ear has to this day one of the best hip hop beats ever, beside his smooth lyrical delivery. The Maxiemillion blog is here to give mad props to whoever came out with the idea to pair that Craig Mack joint with Kevin Romar skating. Hey Blind team, don’t think, I don’t care about your skateboarding masterpiece here: you all rip. I just hope that people will understand that to take out from their wallet 4.99 dollars for this dvd is something that they can get down with.