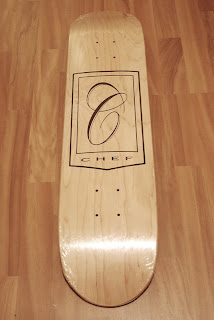 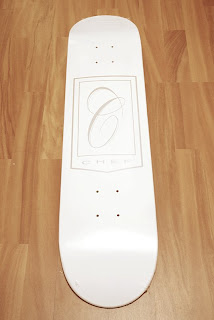 I was trippin like crazy when i first heard some beats from the new Raekwon album back in the day. My homie passed me the walkman and there was the most unbelievable (and most unheard) style of beats ever. Raekwon is, in RZA consideration, a “slang master”. He can tell you all but if you ain’t down with his game, you’ll go home thinking you’ve understood something but what Rae had in mind was another thing. Raekwon is the Chef because he can cook some marvellous sh*t that makes your mouth water. Same here with my homies, the Chef familia. If you aren’t familiar with skate slang (think “switch” in this case) you won’t understand what a Flipside line is. Most definately like the Chef, these guys make your mouth water with skateboard tricks you want to do but you just can’t. This couple of decks are what they ride to execute their unbelievable skate wizardry but with years and years of practice, DGD guarantees that if you ride these babies, you too will be able to do the same. Rino is most of the time behind the lenses and good with the cutting as a Grandmaster is. Video cutting, not vinyl cutting. When he’s on a skate deck anyway, his style doesn’t need my props, it’s there for you to watch. Somebody says that those decks have anti gravitational power. Don’t ask me. Ask Cisco instead… Not able to make the Baker empire crumble, Chef remains what it is: decks for homies having fun, letting the world know it! Did u know it?

I was in love with this girl that @paolo.de.france

Among @staplepigeoneurope selection I picked this

Japanese masters of the fine art of denim, @edwine

Ready for the great outdoors with @filaeurope? @t.

You may be familiar with @kangol_headwear but how

@staplepigeoneurope is the new European home of @s

Are you down with @therealkaliking? It’s the bra

@filaeurope lets us have a sneak peak of next seas