Home
Skateboard
Trucks, dead bees and a colourway that got steez 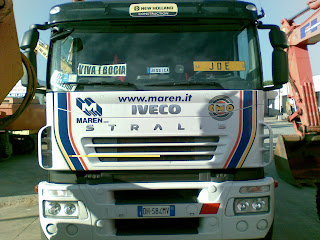 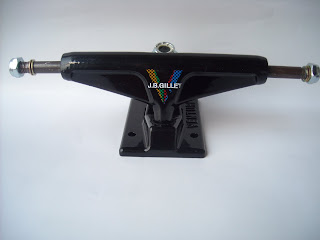 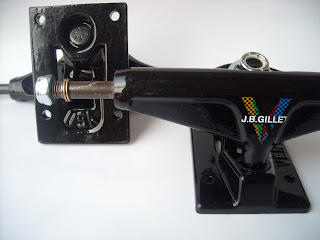 My homie Jojo is a truck driver. First of all, he’s not a just a friend, he’s a homie in the deep sense. He can really come at my place when he wants, we chill, we drink a beer and we talk about life and music, but even about style and general bulls**t. He’s the greatest Lakers fan, but most of all he’s a raw hip hop dj. He’s not that turntablist that can do 23 different scratch tricks, but his mixing when on the turntables is always remarkable. We always call each other during the day and he’s dealing with a bunch of different situations when driving. Once he killed a pigeon and he noticed the fact from the smell of the bird roasted on the engine. Being both Wu Tang fans, the funniest is when he tells me that from the air conduct he has bees coming out. In that case the wordplay is about killer beez/killed beez. He usually uses a work leather glove to kill them. He has a great heart and knows that there is always a good reason to have a laugh. But his truck ain’t no joke: see the Italian stallion plaque he has on the corner of the front window? That’s because he likes Method Man aka the Ticallion stallion. I typed all this just to explain you that I got deep love for the homies that dj at my parties. For sure, Jojo together with Lah aka Lahmillion, another brother from a different mother, will be the djs at The Maxiemillion blogspot party: Karma Funk-a-million. Seriously, I’m so happy about the party that I may forget that I have a different kind of truck in the pics here above: Venture JB Gillet colourway. Blast! distribution has these gems in their product range and I can’t think of a better way to fit a set up of mine. I lived in France and I love hip hop. JB Gillet is an old school head from the land of baguettes and he’s hip hop as two turntables and a mic are. See you at the party, then!

How about a #throwbackthursday that goes back to 1

@esskateboarding made a mark 20 years ago on skate

@staplepigeon shows all his New York flavor with t

Casual 180 at a session that had @photomuriel behi

This @zooyorkit fresh allover print will be part o