Home
Accessories
“Versatile, my style switches like a faggot/but not bisexual, I’m an intellectual” (Nas) 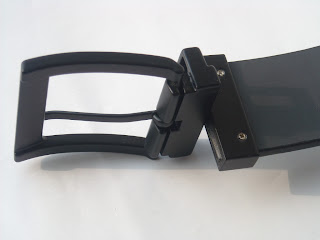 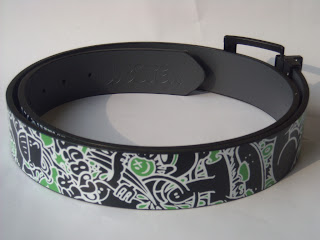 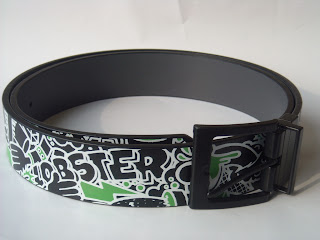 Belts. Now that’s an interesting topic. A friend of mine once got props from a chick in a way that still ring bells in my head: “Sebastiano always has good belts and a good cologne”. The name of the game here is: to take care of details. When you’re a kid you want the biggest kicks to impress your schoolmates with an equation in mind that sounds pretty much like the bigger the shoes, the toughest the owner. So happened during that period of the flashy belt with the biggest buckle. In my personal selection I even have one in shape of the head of a big feline. I don’t suggest it for bumpin and grindin missions. Then skate homie one day forgot his belt home, had a pair of spare shoelaces in his backpack and he used a shoelace as a belt. Even if the solution seemed smart at first, to keep on doing it honestly to me it’s just ridiculous. Why don’t you use a pot instead of your 59fifty on your head then?! A shoelace only gotta be in your feet area, not on your waist. As a result companies stopped manufacturing belts. Just kidding. Companies have an open field in front of them, now that the innovation is what counts more in the belt department. Here’s proof: the Lobster reversible belt. I got you used to love those funny graphics by Cento as I do and I’m sure you won’t be disappointed by this. A wild visual imagery is what populates one side of this belt but the magic is all in the buckle. Something unseen in urban/street shops up to now, this reversible belt lets you do your Dr Jeckyll and Mr Hide switch at the speed of light. Dress to impress? Show your graphic side. Going to a job interview? Switch it up to the plain side. You need more than ever to be responsive to what your life demands and this hardware comes handy. This leather belt with Lobster logo engraved on it comes in two colours: the other one is with white and green graphics and has a royal blue plain side. You’ll learn to leave your spare shoelaces in the backpack only, you’re warned.