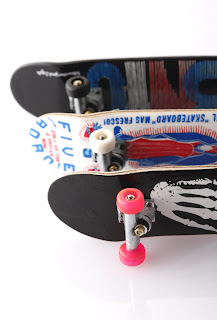 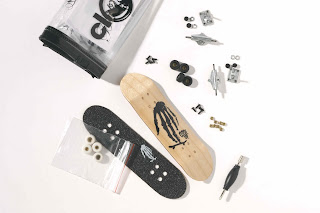 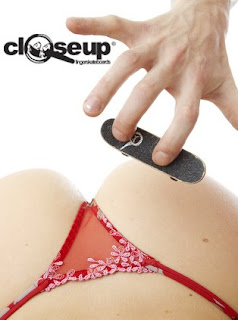 I rarely have the chance to meet people with a vision. People that are not MLK but have a dream anyway. Damien Bernadet is definately in these ranks.
As a kid Damien felt like his life was “skateboarding only”, so at night, when his session was over he came home and played with a little keychain toy that was similar to a skate deck but really far from the real thing. Fast forward to French Fred filming him and putting him in what is the best selling video of the whole 411 production, Fingers of Fury. Damien gets no financial reward from this experience, so he keeps on thinking for years and years that he has been exploited by something bigger than him that he wasn’t able to understand yet.
I witnessed him do crazy tricks with those fingers that moved exactely like legs on a real deck. Backside nollie flips? No problem. A true fingerboarder.
Keep your FF button pressed and in 2006 Damien becomes the founder of Close up finger skateboards, a company whose goal is to have miniature reproduction of actual skateboards. This means concave, maple plies instead of plastic and bearings inside the wheels.
He also developed a round table that turns with a variable speed engine, that will probably leave you speechless. You’d better shut up and (finger) skate!

I am happy to work behind the scenes for the commu