Home
T-shirts
“We the forever livin’, there’s no beginnin’ or endin’/All City is The Actual, y’all ni**as is pretendin'”(All City) 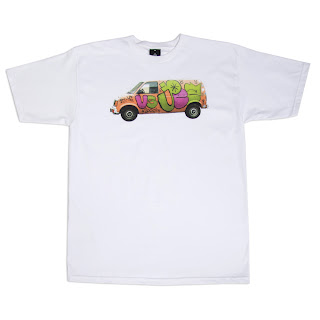 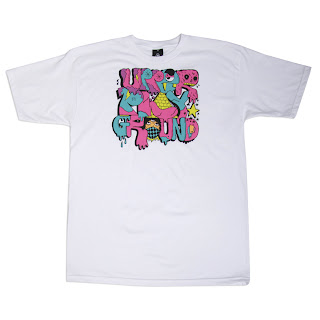 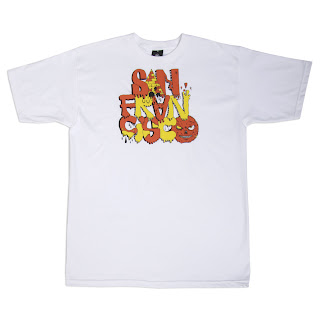 Who could claim both coasts like Pez does? Nobody. New York life of a bike messenger lead you to stop by public phones a lot. They become your office. Then you start noticing that your office is full of marker tags and stickers. When in New York, not only Pez was out delivering goods with his bike and making phone calls, but he was also using the “sticker tag” technique and he is recognized as one of the earliest artists to use this way to get that street fame we all crave. Beside that he was of course also a graff writer One thing leads to another and soon he starts documenting New York street life in a zine called Kollision and doing expos. But one day he leaves the east, to settle in the west and he gets in touch with Upper Playground. How nice: less traffic and tees drop with your signature under Upper Playground umbrella. Not only you can claim two coasts instead of one, but you can also claim all city. Like you were part of that duo formed by J Mega and Greg Valentine. “All city, ni**a”, like The Hot Joint, produced by Ron “Amen-Ra” Lawrence for The Hitmen, also remixed by Clark Kent with excellent results. That tagged van above goes by the name of All City and I’m feeling it. It’s a dynamic piece, a cross among a photographic tee and a design on paper. See what a name like that can take out from the complex (yet extremely simple) mind of “The Maxiemillion”?! I’m all about old school hip hop and dope threads, isn’t it simple? This tee has old school flavour in the same spirit of Upper Playground to keep the roots alive. No wonder that Pez also got two other designs in the same style in this capsule serie. Pezy playground and SF Pez are celebrating old school like Bambataa drum patterns. The simple yet effective impact of those design speaks for itself. Pezy Playground is the much welcomed return of fuchsia. Why that shade of neon pink is gone and forgotten?! Maybe we all had an overdose of it six years ago. Yeah, that must be the reason. A million or so of skate kicks all in black and fuchsia. Anyway this here doesn’t look gothic at all, like those kicks were. How related to the summer is SF Pez?! Yellow and orange, melting for the hot weather. Maybe. Or maybe it’s only dripping paint. It really doesn’t matter in the very end as you get good vibes out of it. Thank God for the old school.