Home
Caps
“What’s a mob to a king?/What’s a king to a god?/What’s a god to a non-believer, who don’t believe in, anything?” (Frank Ocean) 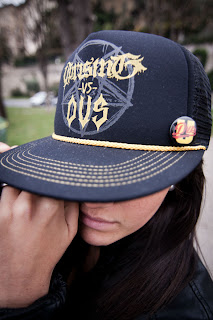 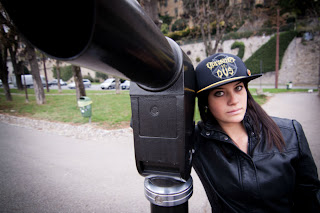 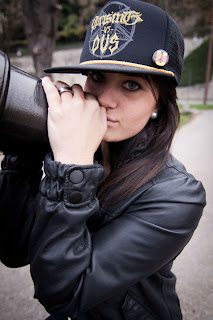 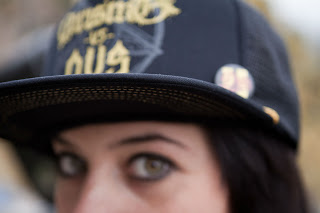 Halloween time, huh? “Trick or treat” kids and of course funny parties with horror costumes to exorcise your ancestral fears. What is a fear bigger than the Devil himself? Probably nothing. So I had the chance to review a cap whose graphics revolve around a concept pretty scary (apparently): the Pentagram. This five-pointed star, one of the main symbols of Witchcraft and occultism in general is not new to skateboard fans. Its heritage goes back to those Suicidal pentagram jackets and t-shirts worn by Suicidal Tendencies fans, the number one skate rock band. This stuck with the fans and had a great turnover to a point that later on even some cult skate decks “Possessed to skate” saw the light of the day. When skateboarding and skate rock are involved, who can represent this better than Thrasher magazine? Their pentagram rendition “Skate goat” design ended up on stickers, caps and tees. This non-religious approach of skateboarders about making fun of everything and everyone is basically pure skatebarding creed: from Dianetics to the Devil, we don’t believe in anything except that to roll on a skateboard is good fun.. DVS recently, beside putting out awesome kicks for skateboarding, got friend with The Uprising creative studio. These guys are at the forefront of graphic design so we’re lucky to see in advance an item from next DVS collection dropping in spring, sent in by Fresco distribution: the Pentagram cap. With much attention with what goes around these days, they updated the classic trucker cap formula with a badge, a little rope and a micro label in the back of the cap. Black on black looks always good and so does the gothic yellow font (and dope yellow stitching under the visor) that they used for this. In case you’re wondering what is this girl doing here, the answer is quite simple: she looks better than any of my male friends that may model for me. Mara P is her name and like it always happens, she is a friend that looks good that got invited to model for fun. A special big up also goes to photographer extraordinaire Roberta Ungaro that is the person behind the lens this time. With such a strong back up all the ancestral fears are gone (till the next Halloween).