Home
Skateboard
“When you ready? Sh*t I was born ready/and I was already on fish and spaghetti” (G Dep) 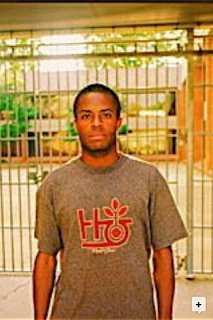 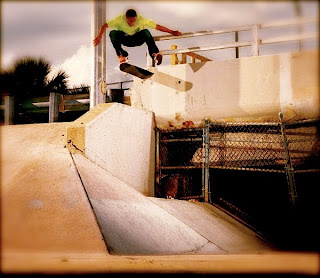 Oh boy, it seems yesterday that Alex Davis was chillin’ around Bergamo, here in my area, getting busy among Milan, Bergamo, Brescia and Naples. Heads loved him because of his trademark happy smile but next thing you know, when he’s done with his filming and photo shooting he’s gone like the wind. Ok, you’ve seen him in Banana magazine but the question is: where did all his Italian footage end up? Good news: Alex, thanks to my intro to his interview in Skateboard, is now entering officially the Habitat skateboards roster. What u think? That he ended up there because of his skills on a wooden plank? I can’t fake it for long, so yeah, that’s exactely what happened: they took him under Habitat wing for one reason. A simple one. He rips any street spot in front of him with the ability to lift from the ground like it was magic (read “mad pop”) with a light touch and the best control ever. A big fan of Gino Iannucci and of the Chocolate team in general, Alex is now repping Habitat to the fullest. Not only he rides Habitat decks, but also Habitat footwear covers his quick feet nowadays. You can find his video here. Plenty of Milan spots and some other Italian terrain is in the mix. This can only mean one thing: The Maxiemillion gave good luck to him, because he’s definately one of the skateboard amateurs from the US that are in contact the most with this here blog. That’s why his own blog is in the “Down with the Maxiemillion” list (Alex Butterz Davis) and that’s why I got informed in real time of what happened. Andrew Petillo was around with Alex, and you know that with a family name like that, sounding Italian to the fullest, the connection grew up even stronger, if possible. We simply and officially congratulate with the two Jersey heads (wait, isn’t Alex from the ‘Nati?! Ok, he lives in BK now…) that did an excellent job both behind and in front the lenses. Alex Buttah I see you!

Have fun with a lips synch exercise showing love t

@diadoraofficial let’s you enter a world where O

@therealkaliking wants you to represent properly.

State where you belong with @esskateboarding Block

@primitiveapparel developed an outfit with a retro

One of my favorite classic hip hop tracks here goe

Make sure you pass by @limitededitiontreviglio: it

Put a shove it in your wallrides! 2005 throwback,

Milan has one shop when it comes to skate its stre

When @theyard_shop makes his own face masks you ma