Home
Skateboard
“Wild like rock stars who smash guitars/poison bars from the Gods, bust holes in your mirage” (Inspectah Deck) 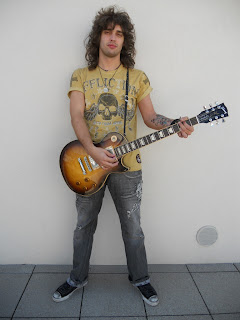 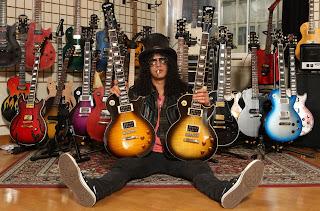 Hip hop, rock’n’roll and skateboarding are connected in more ways that you may think of. Do you want an example? Mos Def is an mc that can give an hard time to Kanye West in a freestyle cypha but has a couple of joints out whose titles are “Ghetto rock” and Rock and Roll“. His skate connection? He’s sponsored by Nixon, a brand straight outta extreme sports world, skateboarding included. Another one? Lil Wayne, among the 10 thousands songs he has recorded, has a joint that he dropped with Chamillionnaire titled “Rockstar”, he is the best selling rapper and he skates. Thrasher magazine has proof of this. Back to us, the thing is that Blind skateboards has a high percentage of hip hop loving team riders (Bill Weiss, their team manager has a Wu Tang W tattooed with his family name in it) and they all skate great. In a short period of time (read spring 2012), Blast distribution told me that Blind will drop a r’n’r skate in shape of a guitar that you can actually ride. Wanna do tricks on it? How about the big solo spin? Riff to fakie? I hardly doubt that you can pull out serious moves with this but do you care? I don’t. Pop culture, art, lifestyle, everything comes into play here. Let’s get specific. I feel that you wanna know what guitar is this. Basically I’m not in my zone if we talk guitars, so I had to ask Paul Rnr. Not to be confused with Slash (did you know that he has his own skateboard out?) above here, Paul is the webmaster of this blog. We work at the same graphic design studio and he is the man that turns my digital desires into reality and fixes every bug, so definately this was his time to shine. No, he was not stoned when we took the picture, but I like fake stoned mugs that’s why I picked this picture of him. So Paul sentenced that this is a cross among a basic Gibson Les Paul
(the guitar Paul is well familiar with, as you can see) with a Fender pickguard and pickup. So no doubt: Blind wanted to avoid any cease & desist from the above guitar companies. These types of controversy were those that made skateboarding image so free and rebel in our eyes, back in the day. We all grow up from our errors, don’t we?!