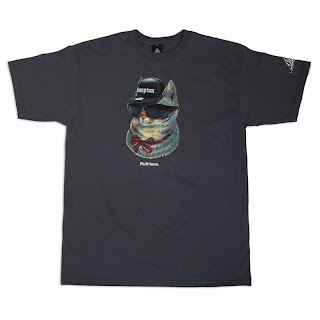 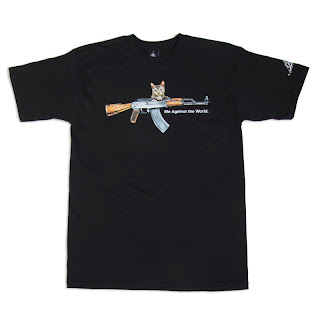 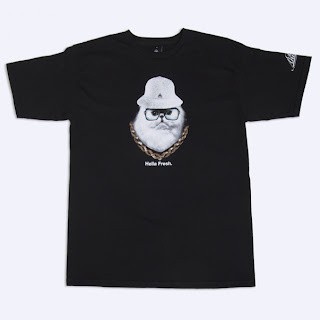 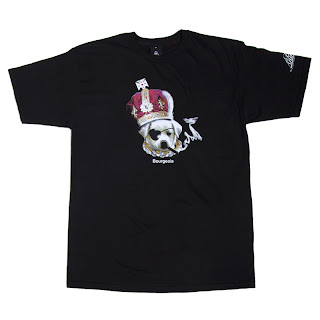 How many times did you hear that Joe is a hip hop cat? This doesn’t mean that he’s gonna pull out his breakdance moves on a linoleum than chase rats, it simply means: a hip hop head, a dude that is into hip hop. And again: wasn’t DMX the godfather of the expression “where my dawgs at?!”. In this case the dog (or better yet the dawg) is a close friend stat stays loyal and never ever would play tricks on you, exactely like a dog does. Dustin Canalin takes inspiration from classics here. Classic icons and classic concepts blend in a subtle way on these tee shirts where he lets his hand do miracles once again. Not new to collaborations (remember when with Undrcrwn he did a Mos Def track Jacket?), this one here is called Burr animals. Four tees for man and woman called respectively Ruthless, Me against the world, Hella Fresh and Burgeois. References are quite evident to my eyes, but maybe not so much to yours. Ruthless was NWA record label, and by accident a guy named Eazy E was part of NWA and you could spot him by his Old English Compton cap and by black glasses. Me against the world is a well known 2Pac joint. Weapon not included, but maybe if you want to go against such a large number of people you do need a firearm. Hella fresh actually got me confused a bit. Why you should give to that cat a Run DMC image with a slang expression that is typical of the Bay Area hyphy rappers? Do you think the cat looks like E40? I don’t. I can’t understand everything and anything in this world, do you agree? Big up anyway to the Upper Playground walrus instead of the little Kangol kangaroo. That alone is hella fresh. Burgeois is obviously dedicated to the king of all kings: Slick Rick the ruler. The eye patch that he sports from an accident that he had when he was a kid is there. What about the chains? The first heavy blinger in history of hip hop, if not chronologically, at least for the weight of his chains, is spotted really easily on this tee shirt. Burr animals is not something to sleep on. If you do, your cat will come by and will do some frrrrrrr verses by your ear to wake you up and go catch these before they’re gone.

#tbt #throwbackthursday with a shot by @photomurie

Bow down: the king of hats is here. @staplepigeon

From left to right I make sure everything is alrig