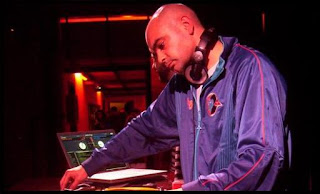 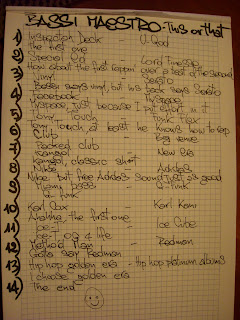 Bassi Maestro. I heard his name around since the days of Public Enemy. I never got the chance to get closer to him, nor were my friends (well, at the time my friends were called my posse) into him, so even if he was undoubtely an emblematic figure in Italian hip hop, to me he was nothing more than a name. Plus I’m not very much into Italian hip hop, but recently I changed my mind. This cd called Once were warriors is a magic and unique blend of all the best funk and the dopest hip hop grooves ever, put together by him, Mr. Phil , Shocca and Double S. I’m a sucker for the old school and this is some state of the art project. I was already ok with Bassi Maestro but when I heard his opening set for Capone N Nore live in Milan, I was having goose bumps. He knows what to play, when to cut the record, what to put next and what to say on the mic in the meantime so I will give him unconditional luv. He played music I can relate to. News are that tomorrow this mc/dj/producer will play a set in the first instalment of Back 2 Back party, the event that Blackout crew and The Maxiemillion put together. Get to know Bassi a little more and enjoy the “This or that” game I played with him here above. Did I tell you that after I heard his dj sets, I’ve listened his tracks too and eventually, after all these years, I’ve understood why people feels him?